The History Of Candles; When Were They Invented & By Who? 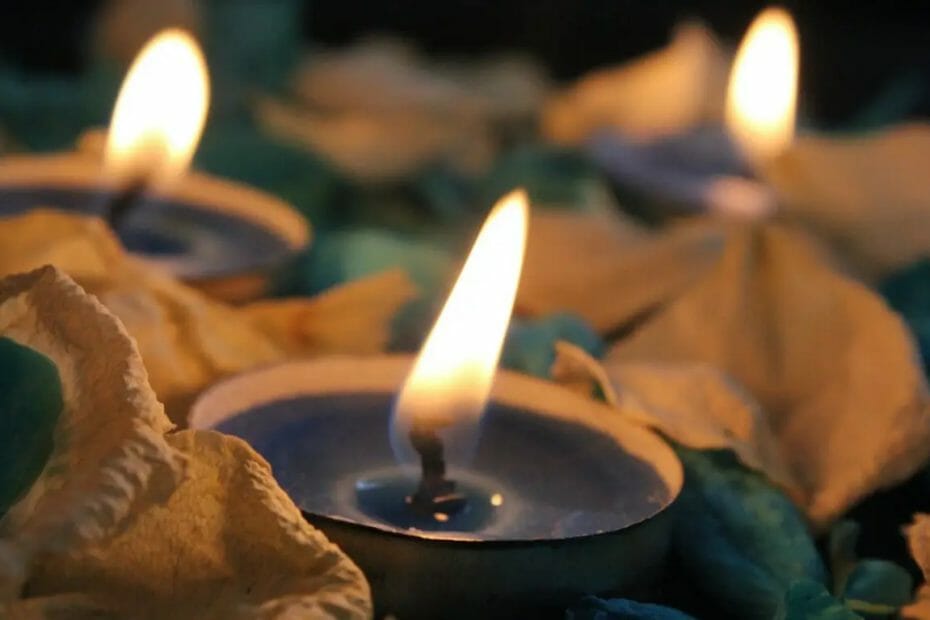 The Brief History Of Candles – When Were Candles Invented, Who Invented Candles

Like most people, you probably have a few candles around your house. You might use them to create a relaxing atmosphere or to make your home smell nice. But do you know the history of candles? How have they been used for thousands of years in many different ways?

Who invented candles, and when were they invented?

The Ancient Egyptians invented the earliest known candles in approximately 3,000 BC. These candles were made from tallow, a type of animal fat, and were used primarily for lighting purposes. The Ancient Romans also used candles made from fat, and they developed a method of dipping wicks into hot wax to create a more even and consistent flame.

The Egyptians and the Romans used rushlights and candles made from reeds soaked in animal fat or olive oil. In later years, beeswax became the favored material for making candles, as it burns cleaner and brighter than other substances.

The ancient Romans first developed the wicked candle in around 3,000 BC. They did so by repetitively dipping folded papyrus into melted tallow or beeswax. Around the same time period, Egyptians used wicked candles for practical purposes such as lighting homes and aiding travelers at night; religious occasions often used these candles.

The practice of burning wicks made of plant and readily available insect waxes has been traced back hundreds, if not thousands, of years. The early Chinese candles had rice paper wicks, and the candle wax was created by mashing a local insect with seeds.

The candles were then molded in paper tubes. Candles in Japan were manufactured of wax that was taken from tree nuts, but in India, candle wax was prepared by boiling the fruit of the cinnamon tree. In both cases, the nuts were used as the source of the wax.

It is also well known that candles played an essential part in the religious rituals that were practiced in early times. The Jewish Festival of Lights, also known as Hanukkah, is celebrated annually beginning in 165 B.C. and is centered on the burning of candles. Candles are mentioned in the Bible on several occasions, and it is said that Emperor Constantine, who lived in the fourth Century, made a public pronouncement encouraging the use of candles at an Easter ceremony.

The Fall of the Roman Empire

The fall of the Roman Empire created a shortage of olive oil across Europe. This led to a demand for quality candles, which were needed for fuel in oil lamps and burners. The first commercially-viable candle was born from this need.

In medieval England, candles were known as “chandlers.” These expert candle makers created candles, condiments, vinegar, soaps, and cheeses. Traveling market stalls were used to sell their goods. Tallow became the preferred source of tallow throughout Europe because of its usefulness in making candles. The glycerine inside it produced an unpleasant stench when burned. Its wax was poor and faint.

Beeswax was discovered to be a much more reliable substance for candle production. It produces a clean, odorless burn and brighter light. However, its expense meant it was reserved only for the richest of the upper classes, while the common folk had to fill their homes with smelly tallow candles for the next five centuries.

The global whaling industry took off in the 18th century when it was discovered that sperm whales had oil in their heads that made for excellent candles. The substance, spermaceti, could be crystallized to form a solid wax. It didn’t produce a horrible smell like beeswax when burned, and another advantage was that it wouldn’t melt or bend in summer heat- making it the world’s first mass-market candle wax.

Early Western civilizations used fat animal candles as their main illumination source (grease). When beeswax candles were first introduced to Europe in the Middle Ages, this was a major improvement in terms of technology.

Beeswax was burned without the formation of smoke or otherwise marred, in contrast to tallow obtained from animals, which burnt without emitting a cloud. In addition, it had a pleasant and sweet fragrance in contrast to tallow’s unpleasant and greasy odor. During church services, it was normal to light beeswax candles; nevertheless, because they were so expensive, only the wealthy could afford to do so at home.

Tallow candles were the most popular type of candle in European homes throughout history, and by the 13th Century, candle manufacturing had evolved into a guild talent in both England and France. Candlemakers, also known as chandlers, would go from house to home making candles using fats that had been set aside specifically for that purpose. Instead, they would create candles and sell them from little boutique shops.

Colonial women were the first to boil bayberry berries to create wax for candles. The tedious process, so this method lost popularity soon after it started.

The expansion of the whaling industry in the late 18th century sparked the first important change in the making of candles since medieval times. When spermaceti became more accessible, this occurred

Spermaceti wax had no foul odor like beeswax and generated a brighter light when burnt. It was also more rigid than tallow or beeswax, so it would not become flexible or squirm when subjected to the high temperatures of summer. According to historians, spermaceti wax was used to create the first “standard candles.”

Many advancements that still affect candlemaking today happened in the 19th century. For example, in the 1820s, French scientist Michel Eugene Chevreul discovered that stearic acid could be extracted from animal fatty acids. This resulted in the creation of stearin wax, which is solid, long-lasting, and burned without leaving any ashes behind. Candles made with stearin are still commonly used throughout Europe today.

Joseph Morgan invented the modern-day candle industry in 1834 with the machine that mass-produced molded candles. Before his machine, people had to hand make each candle. The machine he created had a cylinder with a moveable piston inside it. As the wax became solid, the piston would push the new candles out of the cylinder. With readily available and inexpensive candles, everyone can now enjoy them!

Paraffin wax was created in the 1850s when chemists invented a way to remove the waxy component paraffin from petroleum. Due to its clean burning and consistent properties, as well as being more cost-effective than other candle fuels, paraffin quickly became popular in the candlemaking industry.

The only disadvantage was that it had a low melting point compared to other materials. However, this issue was promptly remedied by adding the more reliable and harder stearic acid, which could be acquired without difficulty at the time. Once the light bulb was invented in 1879, there was an observable decrease in candle manufacturing.

Please read our article about Coconut wax vs. Soy Wax to learn more about soy wax.

In the last Century, the 20th

Candles experienced a resurgence in popularity during the first half of the 20th Century. This coincided with the expansion of the oil and meatpacking industries in the United States, which led to an increase in the production of the byproducts paraffin and stearic acid, the two primary components of candles.

In the middle of the 1980s, when interest in candles as ornamental items, mood-setters, and presents began to grow significantly, the popularity of candles remained quite constant until that time. Candles were suddenly made accessible in various sizes, styles, and colors. Simultaneously, an increase in customer interest in scented candles occurred.

From the early 1980s to the late 1990s, there was a radical increase in candle popularity which called for new and improved candle wax formulations – something that hadn’t been done in over 100 years. In America, soybean wax Was being created by an agricultural chemist. This type of wax is softer and burns slower than paraffin. On the other side of the world, they were working on developing palm specifically!

Candles for the Day

While their primary purpose has diminished over time, scented candles are only continuing to grow in popularity and usefulness. In addition to signifying special occasions, setting a romantic mood, or providing calming aromatherapy scents, people use it as a decorative item and make wonderful home decorations with candles that fill any room with a warm and pleasant glow.

No one knows who invented candles, but there is evidence that they were first used by the ancient Egyptians. Around 3000 BCE, they began using beeswax to make candles used in religious ceremonies. The Romans also used candles made of tallow, which is a type of animal fat. Candles became very popular in Europe during the Middle Ages when they were used for light and heat. Tallow candles were the most common type of candle during this time. In the 18th century, beeswax candles became more popular, and in the 19th century, paraffin wax was introduced. Today, many different types of candles are available, made from various materials. However, beeswax and paraffin wax are still the most popular choices.

5 Interesting Facts About Candles In History

Are you curious What Does Candle Symbolize ? Find out here!