Can You Microwave A Candle? Find Out Here! 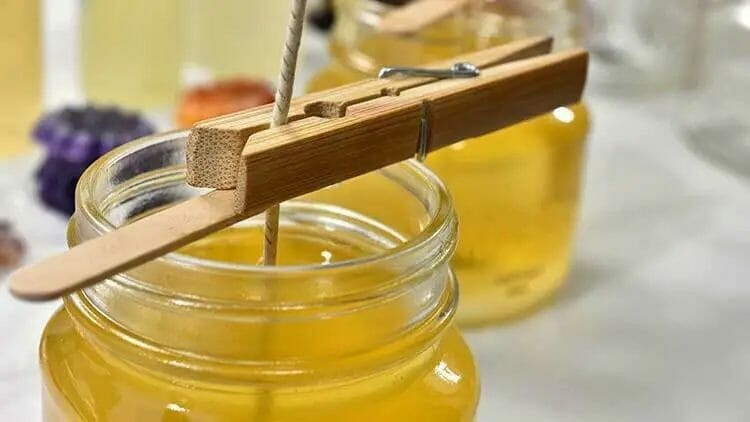 Can You Microwave A Candle?

Candles have been lighting up people’s lives since antiquity. Before electric lights were available, candles and lanterns were the most common illumination sources. Candles are quite well-liked in today’s society due to the pleasant aromas they give off and the aesthetic value they possess.

In addition, candles are well-known for the cozy atmosphere that they create. The most prevalent applications for candles are in religious and ceremonial contexts; nevertheless, they are also useful for illumination when the power is out in times of emergency.

Candlemaking is a popular pastime and a business that has shown to be fairly successful for many people who have tried their hand at it.

To make candles, you need to melt the paraffin wax, which may be done in several ways and requires a high level of skill. If you want to learn everything there is to know about candles, you have come to the correct spot, but before we go any further, let’s find out,

Can you microwave a candle? It is possible to melt a candle by placing it in the microwave for a short period. The procedure of melting a candle in a microwave has the potential to be extremely dangerous and, as a result, requires extreme caution. It is important to keep a close eye on the microwave while attempting to melt the wax to prevent it from getting too hot and perhaps starting a fire.

The microwave is the safest and simplest way to melt wax – when it comes to candle making. Here are the steps involved in melting scented candles using the microwave:

A double boiler or an electric stovetop can be safely melt the wax.

If you boil the water and pour it over the bowl, it will keep the wax from melting, reducing the fire risk. Following these steps guarantees successful results:

As soon as all of the wax has melted, remove the bowl with the melted wax from the burner and switch off the heat source.

The oven method is yet another straightforward approach to melting candle wax, but, similar to the other approaches, it is essential to exercise extreme caution. The following are the processes involved in making a candle flame using the method:

Once the wax has melted fully, remove it from the oven with a glove and ensure that the heat is turned off often.

When Melting Candles, Certain Precautions Should Be Taken

While melting candles could appear like a harmless hobby, you should avoid it. If proper precautions are not taken, the situation might rapidly become dangerous. The following is a list of safety considerations that you should bear in mind while candle wax melting:

1. Maintain Constant Proximity To A Fire Extinguisher At All Times.

It’s important to be prepared for any eventuality when melting fire wax, as there’s a high possibility of a fire breaking out. It is prudent to possess a fire extinguisher in good working order and know how to use it. Using water to extinguish a fire that has been started by candle wax is unacceptable.

Even though it may take an interminable amount of time to turn wax into liquid, you should never leave it alone. There is a quick shift in temperature that occurs when the wax reaches its melting point. Because of this, you must keep your eyes on the wax while often checking its temperature.

3. To Melt Things, You Can Use An Electric Burner.

A first-time wax melter should utilize an electric burner instead of a gas stove due to its greater safety. Electric stoves and microwaves rapidly replace gas ranges because they provide a safer cooking option. Only consider buying a gas stove if you have expertise in melting candle wax and have tried other methods first.