What Happens If You Dont Cure A Candle? Find Out Here! 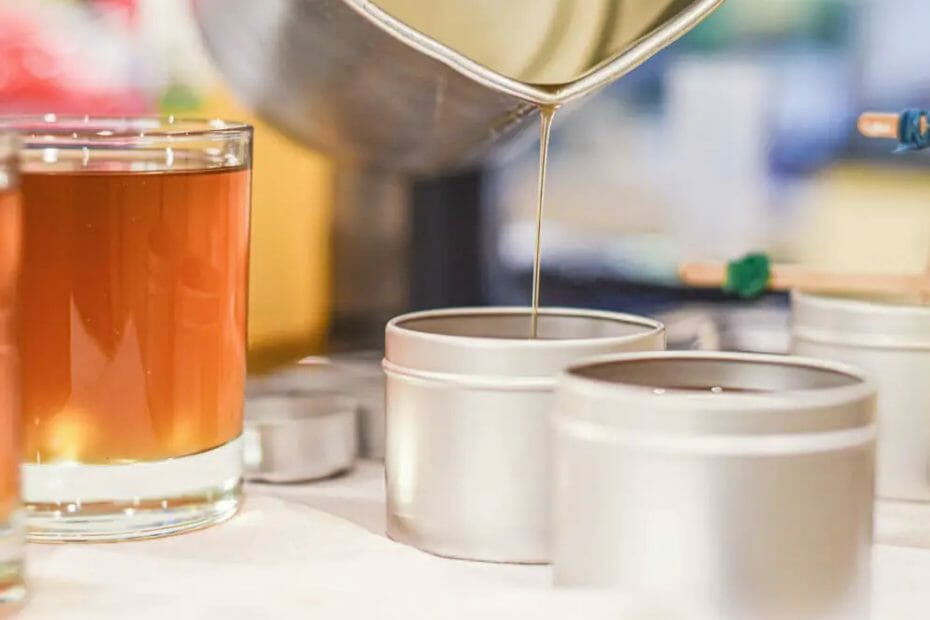 What Happens If You Don’t Cure A Candle? What Is The Science Behind Curing?

Producing candles involves several steps, and the curing stage is an essential part of the process.

In a broad sense, allowing a candle to age has two advantages. To begin with, it allows the scent oils enough time to fully settle into the wax molecules, influencing the hot throw of your candle. The curing period also makes the wax more rigid, affecting how well it burns when used on softer waxes like soy or coconut.

Wax types and other factors determine the curing period. If you want to stay, I’ll go over everything I know about why candles must be treated in detail. To those that are wise: patience is required for high-quality candlemaking.

How does curing work in the first place?

The process by which wax solidifies and cools is known as “curing” in candles. Fragrance oils are better able to combine with the wax molecules after going through this procedure. Curing not only helps distribute the scent but also allows for candles made of softer wax to firm quicker, ensuring that the wax pools as it should.

From this explanation, it might seem that curing affects smell intensity; however, this is not precisely accurate.

The curing process does improve the potency of the fragrance to an extent, but the temperature is a much more influential factor. The lengthiest and most descriptive video I found online also includes realistic visual aids to help explain the process.

This is something that you won’t want to miss if you create candles:

Even though Timber Ridge Gifts does not exist as a store anymore, there is still much to be said about the ability to make soy candles that have smooth tops and do not produce condensation. This individual is well knowledgeable on the subject at hand.

Because there is no discernible change in the candle after it has been cooled for twenty-four hours, most people question whether or not candles need to be cured. But the fact that you cannot observe the transformation does not imply that it is not taking place.

If you aren’t a chemist, you won’t be able to evaluate the molecular structure change that occurs throughout the curing process because it happens on a tiny level.

Some believe that curing a candle will prevent it from sweating. However, this is not the case.

Candles are prone to candle sweating, also known as scent leeching, when either an excessive amount of fragrance oil is applied to the wax or the temperature at which the fragrance oil is poured is too low. Curing won’t fix the problem if the aroma molecules never fully connected with the wax in the first place; that’s the way it is.

Alterations in temperature, especially sudden ones, are another factor that might produce perspiration. Therefore, keeping your candle in a cool, dry spot is the best way to avoid this problem.

What happens if you don’t cure the candle?

After testing a candle that has not yet been allowed to cure, you run the risk of getting inaccurate findings. Burning the candle in less than that amount of time might give you an inaccurate estimate of how long it will take since the candle does not fully harden for at least two days. It is recommended to wait at least a week before using vegetable waxes.

You’ll see that your clients won’t immediately light your candle once you stop and think about it. It will take at least a few days to finish preparing it.

Therefore, evaluating your candle after it has been cured for a longer period will give you an insight into what the experience will be like for your clients. Additionally, the findings allow you to alter the wick size or the jar.

The taste of a candle is the most notable difference between candles, and plenty of research on candle cures occurs online and focuses on this. However, I recommend that you do your study with the materials you employ to produce candles. Carry out these procedures at various time intervals so you may better understand how your candles will perform over a longer period.

If they are not adequately cured, your candles may even have a greater propensity to the tunnel.

This is because the middle of the candle has not yet fully solidified, and as a result, it will melt at a faster rate than the top did. The use of a uniform treatment can eliminate the need for this.

The burn properties of waxes derived from plants can shift throughout time. It is recommended not to hurry the procedure if you want to be able to provide your consumers with high-quality candles that burn evenly and consistently well.

The science behind curing candle

After a candle is lit, two things happen:

Let’s take each of these and analyze it separately.

In contrast to the widespread perception, container candles have more of a semi-solid structure than a solid one.

Fragrance oil is a liquid at room temperature. This does not alter just because it is contained within a candle; hence, the overall structure of a candle is semi-solid since it is composed of a solid component (wax) and a liquid component (fragrance).

After being poured into the candle, wax eventually hardens into a solid state. The cooling process leads to the hardening of wax, and certain waxes continue to harden even after the pouring process has been completed.

Because of their polymorphic nature, “vegetable waxes,” like soy, continue to harden throughout their existence. Crystals continue to develop within the wax due to time and temperature, ultimately leading to the wax being more durable over time.

Other types of wax, such as paraffin, acquire a virtually complete state of hardness within a day or two after being poured. After the initial chilling stage, the candle curing process involves the wax’s ongoing transformation.

It would help if you had greater heat energy to melt the wax with a higher hardness and stiffness. This shift can sometimes be significant enough that a wick that performs well in the first two weeks may be inadequate beyond that point in time. On the other hand, it is simpler to melt the softer wax.

If you burn a candle before it has had at least 48 hours to cure fully, you risk getting inaccurate findings since it takes less heat to melt the wax in the first 48 hours than it does afterward.

Fragrance binds to the wax.

The second most crucial component of the candle-maturation process is the addition of fragrance oil to the wax. Candle maker believes combining fragrance oil and wax will generate a new product.

Wax and fragrance do not combine chemically in any manner. To comprehend what happens when the scent is mixed with liquid wax, you’ll need a degree in organic chemistry; nevertheless, understanding the procedure will be difficult no matter how much training you have.

1. Wax has its pattern

To begin, each wax has its pattern. Most commercial candle waxes include a variety of additives, and nearly all of these mixtures are protected secrets.

Fragrance oil is likewise kept under wraps, with only limited information about its components available to the general public.

If the candle’s fragrance is blended badly or too much oil in the wax, it will probably pool in the candle. Usually, this happens when fragrance gets expires. Candle curing slowly hardens wax over time so that fragrance oils are distributed evenly throughout the mixture. The amount of time this takes varies depending on the specific mix of fragrance and wax but eventually reaches an optimal state.